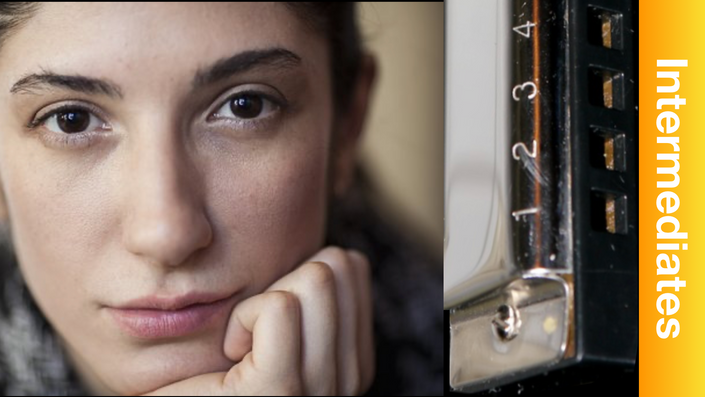 Learn to play the gorgeous 'Georgia On My Mind' easily on Harmonica today!

Today we are going to learn "Georgia on My Mind" in F, C and G on your C harmonica - that's 12th, 1st and 2nd positions

'The greatest song of all time'?

This is a 1930 song written by Hoagy Carmichael and Stuart Gorrell and first recorded that year by Hoagy Carmichael. It has often been associated with Ray Charles, a native of the U.S. state of Georgia, who recorded it for his 1960 album The Genius Hits the Road. In 1979, the State of Georgia designated Ray Charles's version the official state song.

It has been asserted that Hoagy Carmichael wrote the song about his sister, Georgia. But Carmichael wrote in his second autobiography Sometimes I Wonder that saxophonist Frankie Trumbauer told him he should write a song about the state of Georgia. He jokingly volunteered the first two words, "Georgia, Georgia...", which Carmichael ended up using while working on the song with his roommate, Stuart Gorrell, who wrote the lyrics. Gorrell's name was absent from the copyright, but Carmichael sent him royalty checks anyway.

Carmichael recorded "Georgia on My Mind", with Bix Beiderbecke on cornet, in New York City on September 15, 1930.

Ray Charles, a native of Georgia, recorded a version that went to No. 1 on the Billboard magazine Hot 100.

In 1977 Robert Grossman, James Picker and Craig Whitaker created a clay animation short, Jimmy The C, in which U.S. President Jimmy Carter sings in Ray Charles' version of the song.

The TV series Designing Women, which used an instrumental version of "Georgia on My Mind" as its opening theme, featured Charles performing his version of the song on a piano while the show's cast looks on during its opening credits during its sixth season, which aired from 1991-92.

In 2003, Rolling Stone magazine named the Ray Charles version of "Georgia on My Mind" the 44th greatest song of all time.