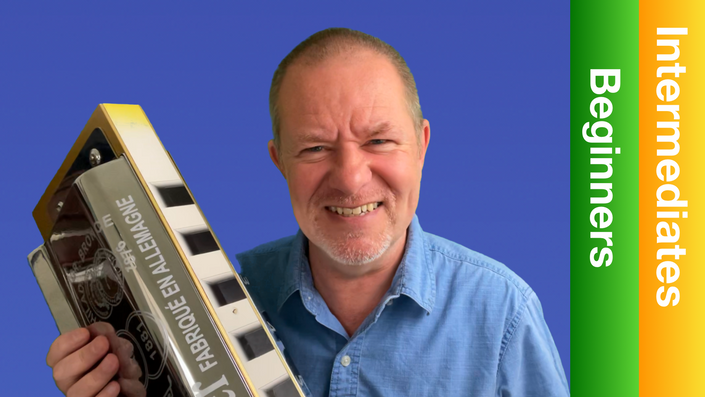 Learn 17 simple scales on harmonica - scales are the way in!

Scales are the way in: without them you will have a very limited approach to music and improvising

This course is about playing simple scales on the harmonica.

Often, especially in the context of the common practice period, most or all of the melody and harmony of a musical work is built using the notes of a single scale, which can be conveniently represented on a staff with a standard key signature.

Due to the principle of octave equivalence, scales are generally considered to span a single octave, with higher or lower octaves simply repeating the pattern. A musical scale represents a division of the octave space into a certain number of scale steps, a scale step being the recognizable distance (or interval) between two successive notes of the scale. However, there is no need for scale steps to be equal within any scale and, particularly as demonstrated by microtonal music, there is no limit to how many notes can be injected within any given musical interval.

A measure of the width of each scale step provides a method to classify scales. For instance, in a chromatic scale each scale step represents a semitone interval, while a major scale is defined by the interval pattern W–W–H–W–W–W–H, where W stands for whole step (an interval spanning two semitones: From C to D), and H stands for half-step (From C to D♭). Based on their interval patterns, scales are put into categories including diatonic, chromatic, major, minor, and others.